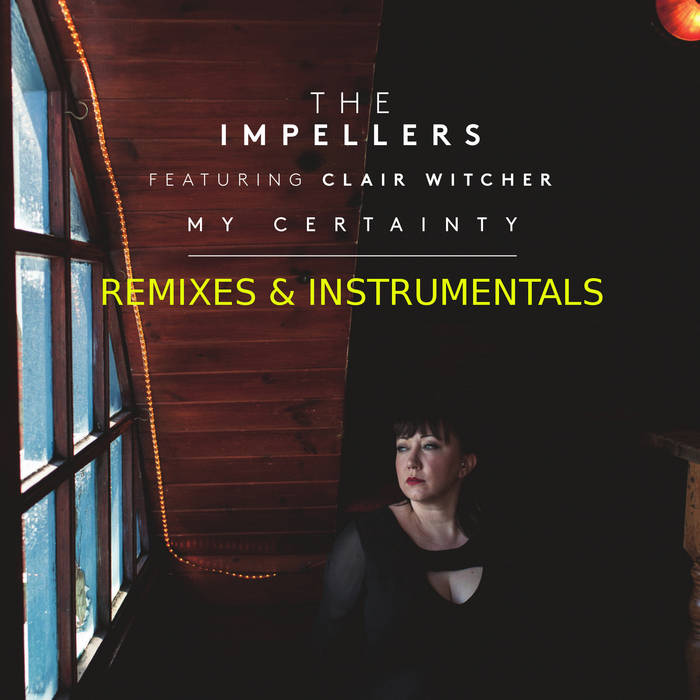 This new digital release by Brighton’s mighty funk entity The Impellers features the most requested instrumentals plus a bunch of exclusive remixes from their latest full length album „My Certainty“. Check out these remixers:

Ewan Hoozami:
Brighton based DJ/Producer Ewan Hoozami has releases on Goodgroove Records, Pedigree Cuts, Big M and more, plus a series of remixes and free tracks that get downloaded in their thousands. An impressive CV of festival and club DJ appearances have further enhanced his growing reputation

Chris Read
A collector of hip hop, funk, soul, boogie and related beats and jazz based music since the late 80s, Chris came to prominence via his role as resident DJ and promoter of Music of Substance (one of the UK’s largest and longest running live hip hop events) and a two year spell as mix DJ on the BBC’s station for new black music, Radio 1Xtra. In recent years Chris has acquired a cult following for his own unique brand of well thought out and deftly executed mixtape releases including 2008’s ‘The Diary’, downloaded tens of thousands of times and broadcast on national radio in 25 countries.

Yellowladders
Yellowladders is the new soulful electronica project from Glenn Fallows (The Impellers/Ed Meme). Yellowladders create wilfully unrepetitive and song-based electronica, reminiscent of SBTRKT, Thievery Corporation, DFA Records and other producers who are reintroducing the dark art of songwriting to electronica.

Ed Meme
Ed Meme is the solo funk and soul alter-ego of Glenn Fallows, the producer, songwriter and bandleader of The Impellers. Ed Meme has released 45s on Breakin Bread Records featuring contributions from Myles Sanko, Apollo Negri (Link Quartet), Guests of Nature and Mark Claydon (The Get Up).