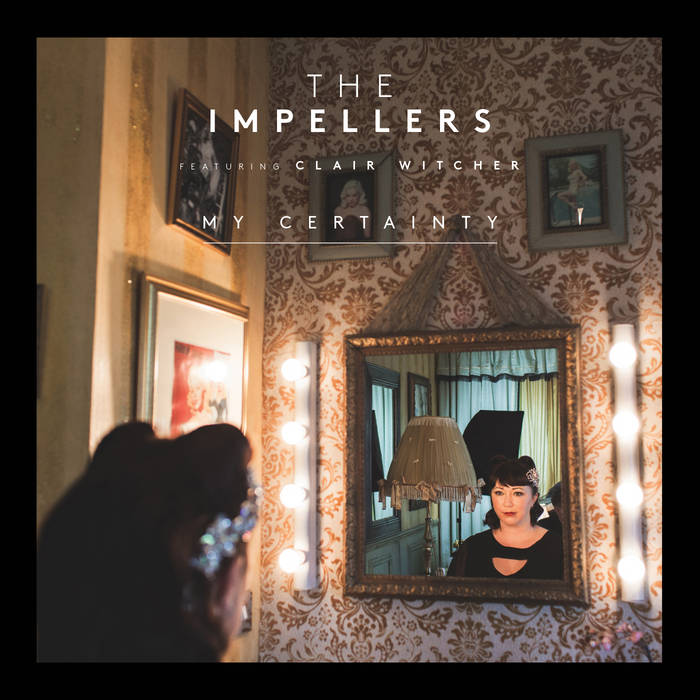 “My Certainty” is the third album by The Impellers. With their previous releases “Robot Legs /Freestyle) and “This Is Not A Drill” /Légère/Mocambo) the band from Brighton have established themselves as a tight and authentic raw funk unit. With “My Certainty” the band - featuring vocalist Clair Witcher and composer, producer and multi-instrumentalist Glenn Fallows - explore fresh territory. “We wanted this album to be different to other material we’ve produced, but still keeping the big and heavy sound which people have liked about us. There’s a couple of reasons why we hope this album will surprise people,” Clair Witcher explains.

With “My Certainty” The Impellers have re-invented their sound. “We were kind of recognisable but never truly bedded in and this is a significant change for album three. The current line-up has been together for over two years and we were so excited when rehearsing for the recording, it finally feels like it has all fallen into place,” Glenn Fallows recalls from the “My Certainty” sessions. “We've used different musical styles which match the stories and sentiments in each of the songs. There's a couple of soulful ballads, some acoustic folky soul, a bit of R&B-inspired stuff. Having said that, there's a load of influences from individual band members too, which seem to bleed through into the overall sound.” Clair Witcher adds: “For me as a vocalist, it was a great challenge to try and mirror the sentiments of the song and musicianship with my vocals. We’re very pleased with how the album came together and we hope people agree that it’s by far our strongest work yet.”

“My Certainty” kicks off with the forceful and seriously strutting “I Don't Care”. “Last Dance of The Moai” is the first single, It was also featured on the debut album “Robot Legs”, but the band felt there was more in it than they previously got out of it: “We started playing it live again recently with a new drummer and bass player and somehow that gave it a whole new life. It went from being a song we never played to being the song we end our live sets with really quickly. The new bass groove really brought it back to life. Oh, and it's kind of a protest song too. The Moai are the big head statues on Easter Island. The song is about us destroying our planet and why that's probably not a good thing to do.”

“My Certainty”, the title track, is a key composition to the album: “We wanted the album to be more song-based than our previous albums which were very much funk-driven. This track is really different from anything we've done before. Acoustic guitar, no drums for most of the song - just very different. The song is actually about uncertainty, I think, despite the title. It's about getting on with things, even when they seem futile. There's always a reason to carry on in the end, even when it seems there isn't. It's a positive song!” The writing talents of Barry Lalanne are featured on “My Tears (Too Good for You)”. He tells the story behind the song: “I really wanted to write a song that captured the essence of the attitude of the great female funk artists of the 60's - Marva Whitney, Lyn Collins, Vicki Anderson, - the whole 'woman scorned' vibe. Also, I wanted to leave the listener guessing as to why Clair's upset. I wanted that ambiguity, I think it adds to the story.”

“Another Day” is going down with a heavy Clav and Fender Rhodes: “We wanted it to sound like something you'd hear in an underground music venue in Greenwich Village.” “The Routine” takes influences from Masters At Work's Nu-Yorican Soul, while “Something Only Happens To Me” explores D'Angelo and Prince territory. With “Ray McKay” The Impellers go back to their roots: “It's a disheveled, messy, chaotic number that's thrown out there by the band at a thousand miles an hour and I think that gives it a certain character. Too much funk written these days is so clean, polished and rehearsed. We wanted something that flies in the face of all that.” And that’s exactly what The Impellers achieve with “My Certainty” – deep and raw as well as thoughtful and skilled – future funk indeed!