Just A Chance In Life

by The Last Generation 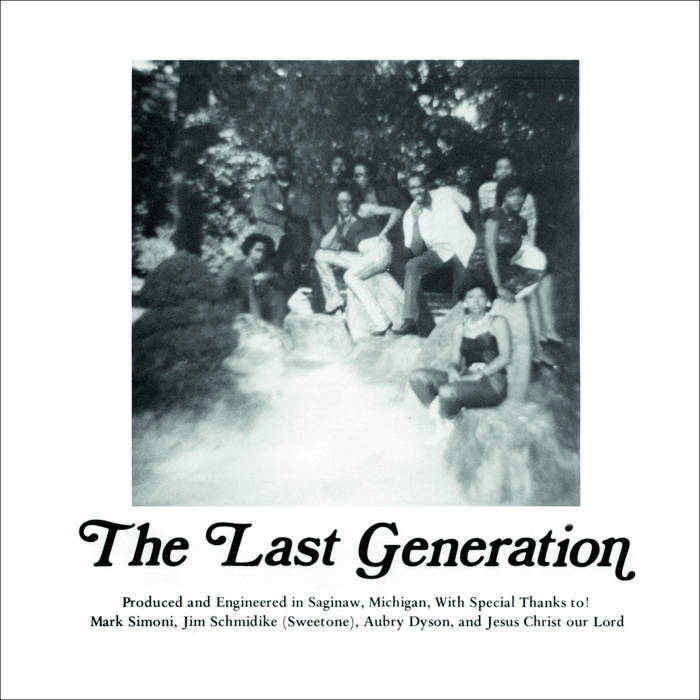 DomJazzSoul the songs are the wrong way around but the right kind of cosmic boogie soul! Favorite track: Just A Chance In Life.

It was 1982 when Errol Jackson introduced The Last Generation. Jackson himself was one of the composers, lead singer, lead guitar player – all in one person - and he also did some background vocals. The band played the local scene in and around their hometown Saginaw/Michigan USA for about seven years.

Jackson was 13 years old when he started learning guitar, at the young age 15 he already played rhythm & blues in the Michigan nightclubs. Back then he supported a lot of musicians just before they became famous: „I was on the same night with Earth, Wind & Fire in their very early days and I played guitar for Jeannie Reynolds, the sister of the Dramatics’ lead singer Larry Reynolds,“ Errol remembers: „I also performed in warm up bands on the same stage with Sugar Billy Garner and Roy Ayers.“

The choice for the name The Last Generation was a mixture of the energy of the times and Errol’s interest in spiritual images: „I took it from the bible, the gospel of Matthew. I was in my early 20ies and got really hooked on by this passage about the idea that we are living in the last days of earth, and this is the last generation in existence. This put our music in a bigger picture and gave a meaning to what we did and wanted to achieve.“

The 7inch single containing „Just A Chance In Life“ and „You’re All I Need“ from 1983 was the only record Errol Jackson ever released. As there was no label willing to put it out, Errol did it all by himself. The label was called Last Generation Records, the publishing arm Last Generation Music Co. and when the vinyl arrived at his house he personally delivered it to the local record shops.

Today this single is a serious collector’s item with funky/modern DJs around the globe. You will hardly find an original mint copy under 150$, if you are lucky to find one at all.