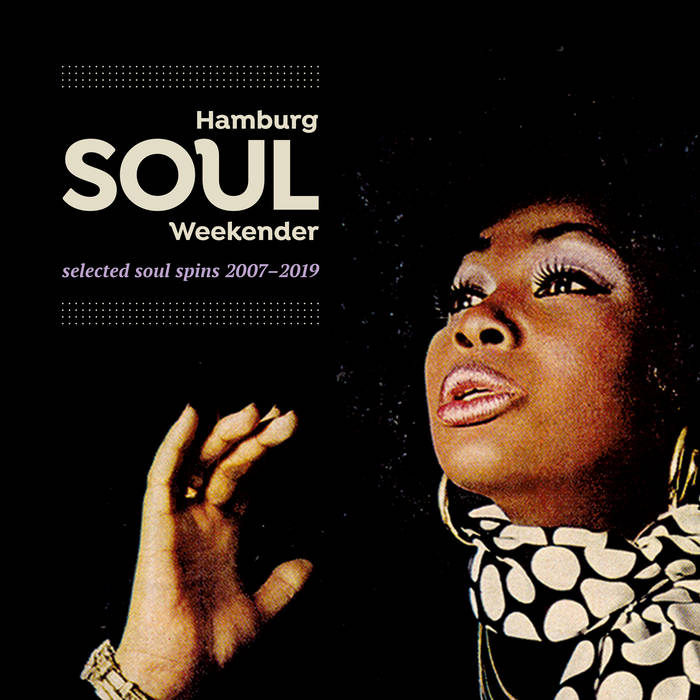 This is the official compilation LP of the Hamburg Soul Weekender

>>> 500 handnumbered copies, limited edition
>>> printed inner sleeve with liner notes and photos
>>> vinyl only, there is no CD or any digital format
>>> no streaming on the Bandcamp app, sorry

B1 What Love Can Do - The Honey B’s
B2 Can We Try Love Again - Kool Blues
B3 Sha La La - Mixed Feelings
B4 Gonna Find A True Love - Patterson Twins
B5 What I Done Wrong - Big Lee Dowell & The Cannonballs Feat. Maxim Moston

The weekender is a very British thing, particularly combined with that other very British subculture: northern soul. When the first National Soul Weekender took place in Caister in 1979, some ways of celebrating the rare soul music scoring the scene had already been well established: sweaty all-nighters happened all over the country, where dedicated dancers and collectors met and kept the fire burning. And all-dayers came into being, allowing the people to indulge in their passion in different places, with less strict licensing obligations. The clues were all there. British people liked the idea to escape their urban working lives to the seaside on weekends. And the mod culture, always strongly related to soul music, followed suit, partying (and sometimes fighting) on coastal promenades, beaches and clubs, as immortalized by tabloid headlines, and a certain rock concept album plus movie. The brilliant idea in Caister, however, was to combine all-nighters and all-dayers, and given the unreliability of the British weather, the concept was due for success. If it rained, you just danced in a club, and other places. If not, you had fun at sea, and then danced, day and night, the whole weekend.

Across the North Sea in Germany, it seemed like only matter of time that all this would catch on. And indeed, when the British mod revival of the late 1970s hit continental shores, it ran through open doors, and the soul part established itself as a subculture as stubborn and ardent. The German weekenders followed a different path though. Starting in 1990 in Berlin and then led by annual events in Nürnberg and later Bamberg, Dresden, Leipzig, Bremen, München, Aachen and more, the locations were in cities. Hamburg is located very near to the UK and accordingly anglophile, and came fully equipped with a sizeable harbour and airport, and so what happened in the UK arguably left a quicker and bigger mark there than elsewhere in Germany. The city also had a long tradition of dancing to soul music to rely on, and a vital club culture, with a long string of cherished soul nights like the Soul Allnighter at Kir, Shelter Club, For Dancers Only and more recently The Soul Seven, Motte Allnighter, Cole Slaw Club, Cool Cat Club and 45 Degrees, just to name a few. But, strangely enough, it had no soul weekender.

In 2007 this changed, when Ralf Mehnert and Jan Drews Tarazi established the Hamburg Soul Weekender, with Tolbert taking care of the all-dayer part. As the three of them were longtime respected DJs and collectors, the weekender had notable line-ups right from the start, and every year a thousand international, national and local soul enthusiasts gather in the storied venue Gruenspan in the seminal Reeperbahn area, to dance and party to the finest 60s and 70s northern soul, modern soul, funk, r&b and other related trends within the scene that were always spotted early on, and with a keen eye. The music has been played by over 120 top of the league DJs from all over the globe so far, and it was always spread across a long weekend of two all-nighters, one all-dayer, a boat cruise through the harbour and an after party.

This schedule surely gives leeway to play a whole lot of music, and this compilation can only offer a mere glimpse of all the tunes that got the loyal crowds moving, but it is a heartfelt thank-you to all the dancers who have attended so far, however often they return. And for those who have not witnessed the magic of the Hamburg Soul Weekender yet, please consider this an invitation.