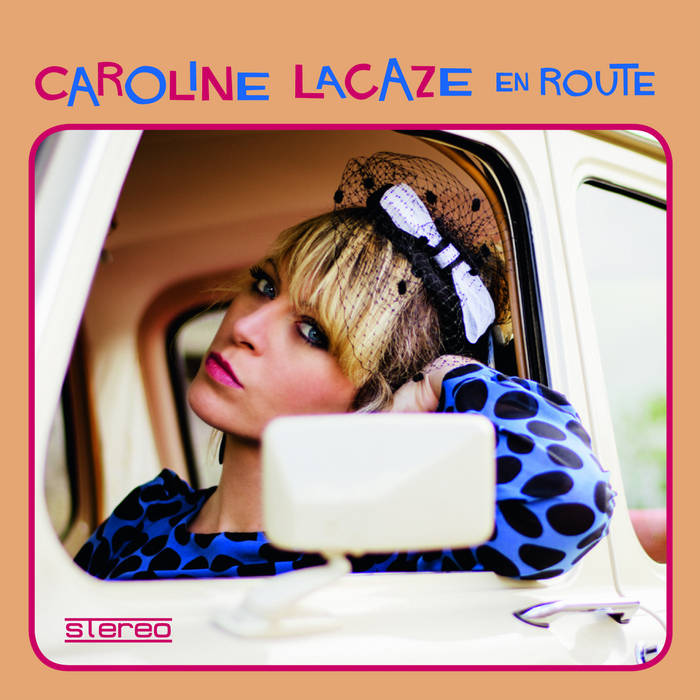 “The mixture of French singing and raw soul really works by gad. A match made in heaven.” (Emrys Baird, Blues & Soul magazine UK)
"The French language vocals give it a feel unlike most new funk we've heard lately. Caroline's got a greatly soulful voice" (Dusty Groove USA)
" What a lovely piece of funk magic - that's how soul in 2013 should sound like. Cool, powerful and with a twist." (Michael Arens, Soultrainonline Germany)
“The French vocals provide a refreshing perspective and a nice touch…super-impressive backing.” (The Blue-in-Green-Blog)
„Absolutely sexy“ (Felix Steinbild, Soulkombinat Germany)
“A talent that is undeniable” (Colorising.com)

“En Route” is the stunning debut album of young soulful French chanteuse Caroline Lacaze. It tells her story as a musical roadtrip.

After performing weekly for several years interpretating chansons in her home country, Caroline moved to Hamburg, Germany, and dedicated herself to write and record her own songs.

The ‘swinging mademoiselle’ released a string of successful 45s on renowned labels such as Mocambo, Tramp Records and Légère Recordings, appeared on the Mighty Mocambos’ album “The Future is Here” and became a regular feature of the group on the subsequent tour throughout Europe - including support shows for Lee Fields (in Amsterdam’s Paradiso and London’s Islington Assembly Hall) and a radio live performance at the BBC6 Craig Charles Funk & Soul Show.

Caroline Lacaze now steps further into the spotlight with her first full album “En Route” - in a style that is all her own. The mixture on “En Route” is eclectic: nonchalant 60s beat, mysterious psych-pop, raucous funk and longing French chanson, all held together by the energetic raw soul sound and the skillful ‘mise-en-scene’ of the Mocambo Electric Sound Orchestra.