(Don't) Hold Me Down 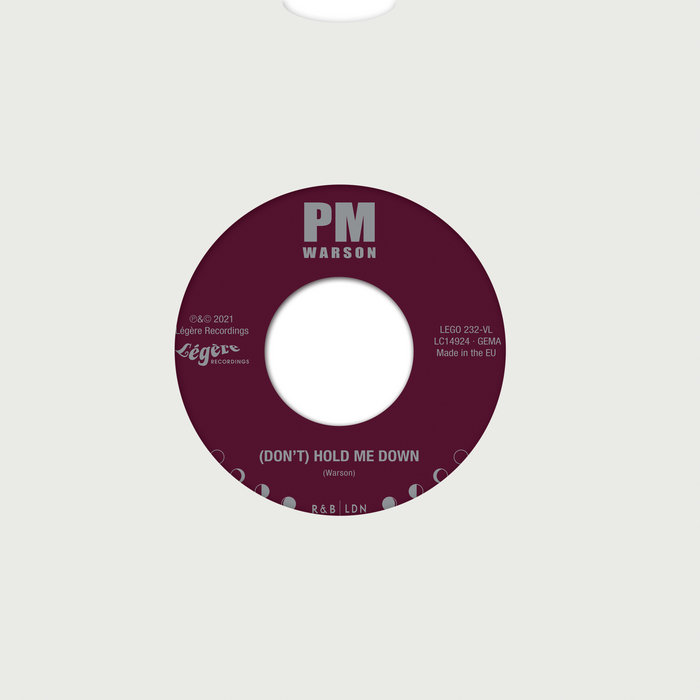 “(Don’t) Hold Me Down” follows “In Conversation” as the second single from PM Warson’s debut album “True Story”, out now on vinyl LP, limited edition CD and digital formats.

The first version of “(Don’t) Hold Me Down” with its Brit-edged Garage R’n’B and Latin Soul and a girl-group chorus that had developed as a key extension of his live sound, was released by PM Warson himself on a 7inch vinyl single and proved a winning formula for soul collectors. The independent pressing sold out within a couple of days, and it began to spin at clubs from Toronto to Barcelona, its value briefly skyrocketing on collector site Discogs. The song was later picked up by Fred Perry to underscore their ‘Soul Boy’ short film, further establishing his presence on the UK soul scene.