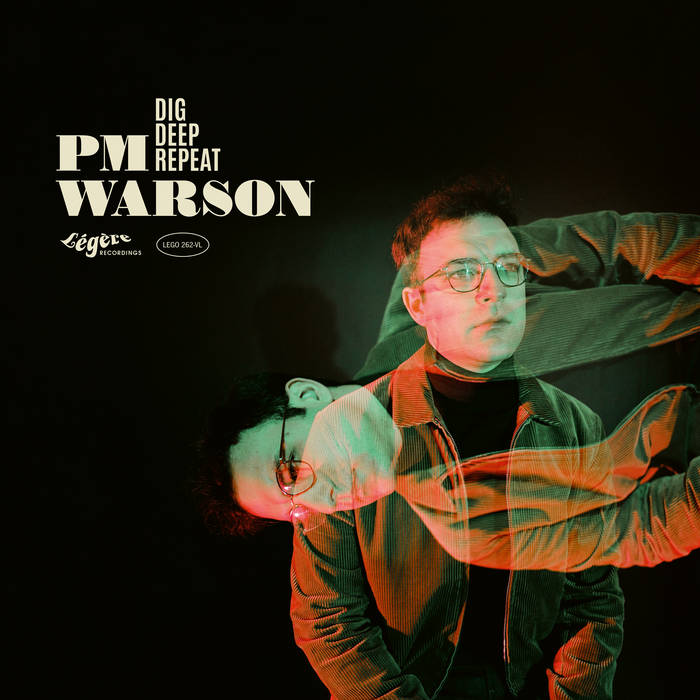 After a series of self-released vinyl singles, PM Warson emerged in 2021 with the album ‘True Story’, combing elements of vintage R’n’B and Soul with an authenticity and energy that appealed to fans and critics alike. Breakout single ‘(Don’t) Hold Me Down’ had surfaced initially among soul collectors, before finding a wider audience, first on a Fred Perry editorial, and then on mainstream European radio. Having tipped the album on his ‘Funk & Soul Show’, the BBC’s Craig Charles also included the single on his popular ‘Trunk of Funk’ compilation series. Not one to wait around, despite the various challenges of the pandemic, Warson returns, just over a year on, with his second offering: ‘Dig Deep Repeat’.

In the depths of the Delta wave, while his debut record waited in line at the pressing plant, he began trying out ideas at a makeshift studio in an industrial storage space in Stoke Newington. As lockdown was lifted enough to bring in his rhythm section, a new set of tunes started to emerge. Despite a growing thirst following his first release, there was little opportunity to play live, with social and travel restrictions remaining in place on-and-off throughout the year. It became clear that his best way through was to dig deep and make another LP. He expanded the operation, bringing in players, working to an 8-track recorder to forge a new record. Subsequent sessions at Gizzard Recording also produced a direct-to-tape live session for Blues Kitchen. Meanwhile, Warson and the band were eventually able to step out in the latter part of the year, playing several European dates, further showing their prowess as a live outfit.

On ‘Dig Deep Repeat’ Warson further explores his vocabulary, with elements of ‘60s rock and soul, shades of New Wave, and some cosmic colours beneath the moody blues. Seven new originals are bookended by two distinct settings of ‘Leaving Here’ (an early effort from Motown maestros Holland-Dozier-Holland). For ‘Part 1’, the lead single from the album, he wears his influences on his sleeve, with proto-Garage Rock guitar, big horns and now-characteristic Raelettes-type vocals, set against a swinging two-drummer backbeat. For the album closer, ‘Part 2’, he sets into a rumbling, swampy blues, joined by wild tenor sax, swirling organ and twinkling tack piano. Elsewhere, ‘Matter Of Time’ (already previewed by Craig Charles on BBC6Music), steps into 6/8 time, with a dreamy soul ballad feel and chorus vocals. ‘Out Of Mind’ and ‘Game Of Chance’ give an edge to ‘60s pop stylings, while ‘Never In Doubt’, the Afro-Cuban-tinged ‘Nowhere To Go’, and opener ‘Insider’, build the intensity and atmosphere. This briefly boils over in the de facto title track, ‘Dig Deep’, a wild surf-styled instrumental, that closes out Side 1.

Throughout, there is an authenticity that goes beyond the assimilated influences and analogue-rich production. Something distinct comes from context: time and place, along with any challenges and constraints met along the way (standard fare for a musician in the 2020s). It’s as much about the terroir as the recipe. And there is something of the times in the brooding ambience of ‘Dig Deep Repeat’ – a sense of urgency, adaptability, and a feeling of creative, workman-like necessity. It’s a direct and focused record, presenting an artist on the move, now two albums deep, with time to make up for.