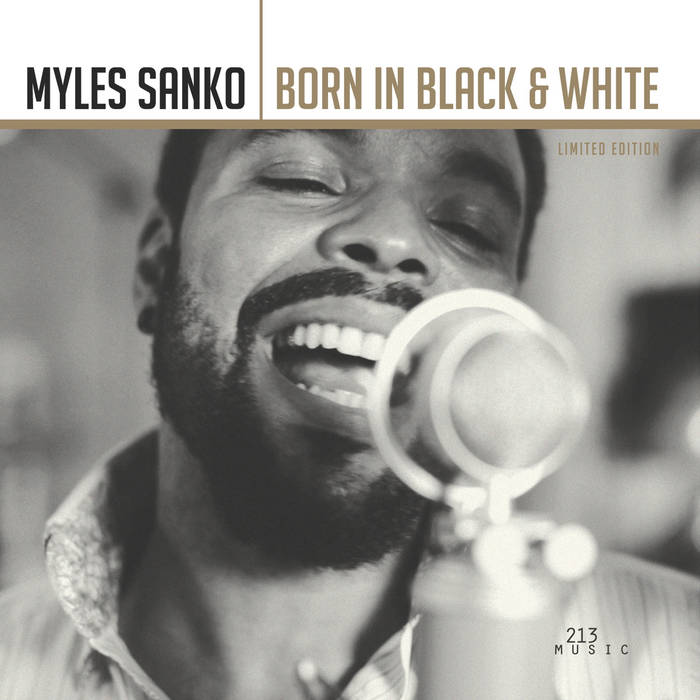 john greenwood Myles, this is some really good soul. I find my feet have a mind of their own when this comes on. This is easy to feel, a grin starts growing as the vinyl turns......so hard to stop is a great microcosm of this magnificent album. Buy it and get happy Favorite track: So Hard To Stop.

Following the success of his first full length album release “Forever Dreaming” in September 2014, the lovechild of soul music Myles Sanko is excited to announce the release of the “Born In Black & White” 'as a limited, expanded CD edition.

Originally released as a seven track EP in 2013, this CD consists of the studio recordings “High On You”, “Come On Home”, “So Hard To Stop” plus two tracks recorded live in Holbæk, Denmark and the unreleased acoustic ‘Vocal & Rhodes’ original demo of “City To Crumble” recorded in 2010 - all re-packaged in a beautiful jewel case with images from the live studio session.

“Born In Black & White” is played in the style of soul greats such as Bill Withers, Otis Redding, Al Green and James Brown, all of whom Sanko names openly and proudly as his main musical influences. A stop-to-finish work of deep groove and jazzy musical perfection which has already become a must have album for soul & jazz fans.