An Introduction To The New Mastersounds

by The New Mastersounds 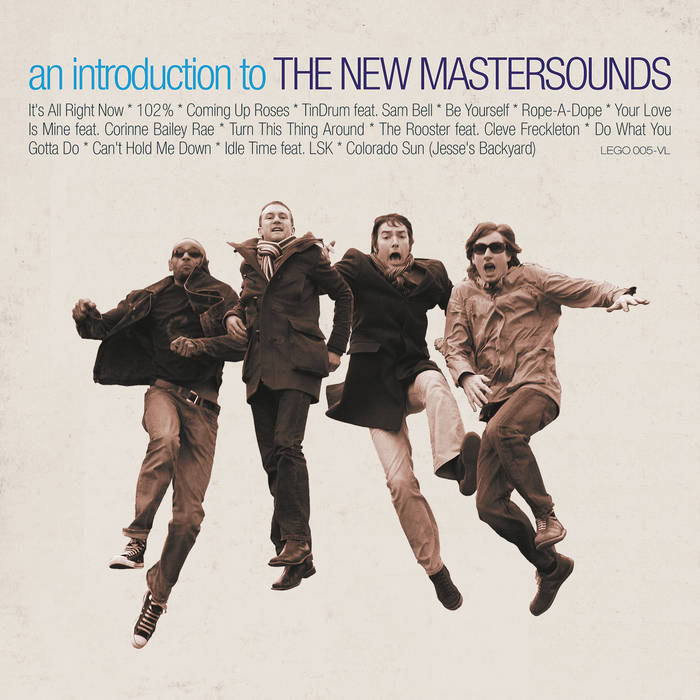 Exactly 10 years after its original release in May 2007 "An Introduction To The New Masterosunds Vol.1" is availlabel again, featuring 16 classic and sought after tracks. The original liner notes were written by Andy Smith:

An Introduction to The New Mastersounds

It was with much sadness that I learned of James Brown’s death – just days after I was asked to do the sleeve notes for this album. But at least we have bands of the calibre of The New Mastersounds to keep the ‘funk’ alive well into the 21st century.

The New Mastersounds – Eddie Roberts (guitar/producer) Bob Birch (hammond organ/electric piano), Pete Shand (bass guitar) – and Simon Allen (drums), formed in 1999. Eight years on, they continue to create genuine real deal funk on tracks like ‘Turn This Thing Around’, ‘Do What You Gotta Do’ or ‘The Rooster’.

Hip-hop producers have searched through dusty 70s vinyl for authentic funk beats and rhythms like this since sampling began in the mid-80s. So, why not have a band that cuts to the chase making the raw uncut sound that’s considered by many to be the perfect beat.

But the New Mastersounds are not just a funk band. Listen to this album, I heard echoes of Grant Green, Wes Montgomery and early George Benson!

I hope you enjoy this album and continue to support The New Mastersounds. Keep it funky in the 21st century!